My first 72 hours in Paris went like this: I watched hours of TED Talks and Sex and the City reruns, I read Fitness magazine and finished The Paperboy, I blogged and creeped friends on Facebook, I went for runs near my sister’s apartment and took scalding hot showers, I ate my weight in chocolate croissants and drank loads of tea. I ventured no further than my sister’s campus which is a twenty minute walk with exactly two turns so even I couldn’t get lost. It was heaven.

Mike was on a mini tour of his boyhood years in Garmisch, my sister had class and homework, there were no dorm mates and the locals were about as interested in me as road kill. After months of only finding real solitude in the shower, I was suddenly all alone and immediately began hibernating like a marmot on Quaaludes. Bliss.

Still, I felt like I was committing travel sacrilege. Spitting in the eye of the travel gods. In the silence, I could hear my inner critic yapping away. I can’t believe you’re in the city of light and going to sleep at 8:00 pm. You’re in the belly of the Lost Generation and you haven’t eaten at L’Auberge de Venise or skulked outside Gertrude Stein’s house. 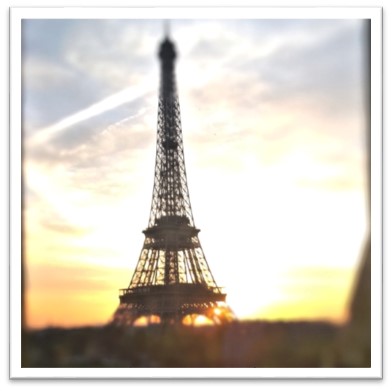 Instead, I was hiding out in my Old Navy pajamas trying to Lewis and Clark my way to the end of the internet. The Type A traveler in me wanted research, lists, schedules and maps. The introvert in me wanted to scour People.com while eating Special K by the fistful. While I wasn’t able to mute that nagging little voice, I was able to drown it out with Spotify.

Three days later, I was busily crossing items off my Parisian bucket list. I went to the Notre Dame Cathedral twice, blistered my feet walking to the Arc de Triomphe, strolled the Seine and Canal Saint Martin, got my impressionist fix at the Musee d’Orsay, hung an old padlock at a love bridge with my little sister, pet the fat Kitty at the Shakespeare and Company Bookshop, people watched at the Luxembourg Gardens, drooled over antiques I couldn’t afford or carry at the Marche aux Puces flea market, rowed a boat around the Bois de Boulogne lake, and wheezed my way up the Eiffel Tower. I’ve eaten cheese, chocolate and bread (repeat), and neurotically styled my scarf eight different ways in a bid to blend in (I don’t).

I’ve loved every minute of our Parisian adventure, including the three days I spent living like Garfield. Traveling for the last three months has been amazing but like any good relationship, we just needed a little break. 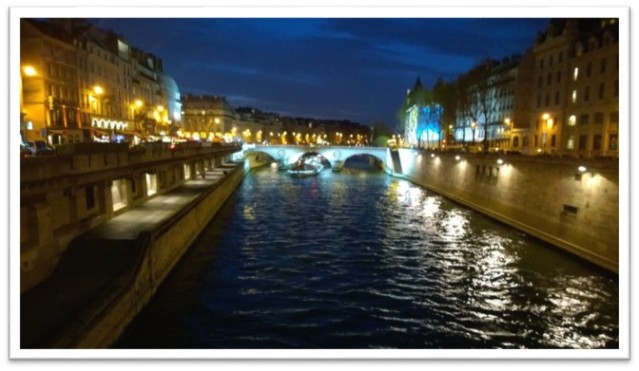 4 Comments on “Hibernating In Paris”

There was an error retrieving images from Instagram. An attempt will be remade in a few minutes.